Stalking The Wild Bore: A Trek Into Shakuhachi Darkness by Monty Levenson

Home/Stalking The Wild Bore: A Trek Into Shakuhachi Darkness by Monty Levenson 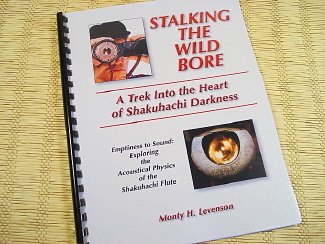 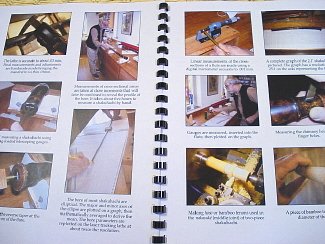 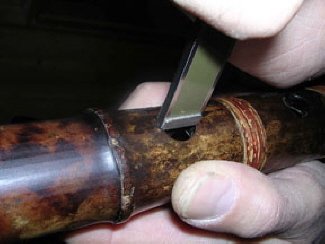 Stalking The Wild Bore: A Trek Into Shakuhachi Darkness / Emptiness to Sound: Exploring the Acoustical Physics of the Shakuhachi Flute by Monty H. Levenson
Book – 32 Pages
– $17.50

For those of you interested in making shakuhachi or who simply want to learn more about the acoustical physics of the shakuhachi flute, here is an excellent book by a master of this art, Monty Levenson. Here are Monty’s own words:

“I’ve been making shakuhachi continuously since 1970 during which time—using the old reliable “seat-of-the-pants” approach—came up with the Precision Cast Bore technology some 20 years ago. 6,000+ flutes later, I decided it wasn’t enough to make a decent instrument without understanding how the darn thing worked. Easier said than done with an instrument they say “takes 3 years to learn how to shake your head.”

“Starting out with my daughter’s high school physics textbook, I went on to study the latest research in acoustical physics of woodwind instruments. Reading as much of the literature as possible, conferring with professional flute makers and players in Japan and around the world and analyzing a wide variety of historical and modern shakuhachi, I began to develop a sense of how this remarkable instrument is able to transform the energy of breath to sound. Much has been written about woodwind acoustics, but very little about how it relates to the traditional Japanese bamboo flute. This treatise explores the seminal issues and divergent views surrounding the much debated (and hotly contested) question of how the shakuhachi actually works. Not intending to present the final word on the matter, I have relied upon my personal experience as a maker to frame the issues governing tone production and provide an overview bringing different perspectives of traditional and modernist views to the table.”

“Chapters in this book include a discussion of changes in the shakuhachi’s structure and design over hundreds of years using Darwin’s theory of natural selection, rather than from myth and legend, to understand how the instrument evolved. Tracing the modifications in form over time leads to a query on the future of bamboo. Indeed, is there one?”

“Much of the study focuses on the interior bore of the shakuhachi and its influence on acoustical and performance qualities of the instrument. Pitch, timbre, resonance and the harmonic configuration of sound are all discussed in an effort to understand how tone production operates. What contributes most to shaping the unique sound of the shakuhachi, the material it is made from or the resonating air column inside the bore? Opposing viewpoints advocated by traditionalists and scientists are presented, juxtaposed and critically compared.”

“Finally, some new technologies and strategies for shakuhachi making I have come up with in the last few years are featured in a photo review. These include a computer interface designed to measure precision bore profiles, a laser tracking lathe, new tools and techniques for turning bamboo and a shakuhachi headjoint for the silver flute.”